Private racetracks are far from a new phenomenon, but it seems like every new circuit built is as much a country club as it is road course. Fortunately the latest slice of asphalt heaven, carved into 275 acres of gorgeous timber country on Canada’s Vancouver Island, has its sights set clearly on what matters. You’ll find loads of amenities and conveniences at the new Vancouver Island Motorsport Circuit, but the facility and its creators are ultimately, and wisely, focused on the driving.

“We have an insatiable appetite for tearing up rubber,” says Brent Evans, VIMC’s operational manager. Evans is an experienced driver and instructor himself, and when the facility officially opens in mid-June, he will play host to the club’s growing membership as well as local dealership events and manufacturer product launches. The Tilke engineering firm, which has built 19 Formula 1 circuits and 65 tracks in total, handled construction of the 1.42-mile, 19-turn road course, which features five configurations. A four-acre driving dynamics area with a skid pad is also on the grounds, while an off-road park and a 9-hole golf course are in the works. Once enough members sign on, the track will be extended to about three miles. 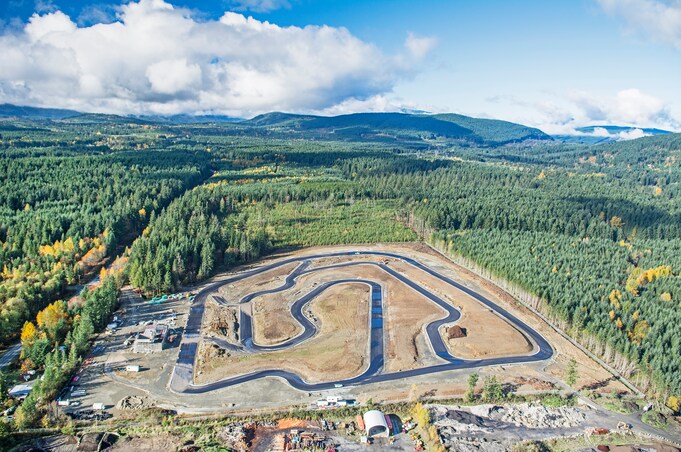 The German Auto Import Network dealership group largely funded the $23-million project, under the leadership of owner Peter Trzewik. “Our goal is to build a community of passionate drivers who have the opportunity to grow together as friends and associates,” says Trzewik. “These guys should get to know each other and finish an exciting day with a burger and a beer.”
So far about 75 slots are filled for 25-year memberships, sold at about $37,000 a pop with annual fees of about $3,700. A maximum of 499 members will have access to up to 20 track days per month, as well as access to the track’s 15,000-square-foot clubhouse. There you’ll find everything from garages to locker rooms, classrooms for instruction and coaching, and a full audio/video control room with Racelogic software to help drivers hone in on areas for improvement. Best though, is the sizable balcony that’s perfectly positioned to see almost every inch of the track. There’s hardly a bad seat in the house, and the sound of engines at redline send delightful noises echoing through the hordes of Douglas firs surrounding the 50-acre plot. 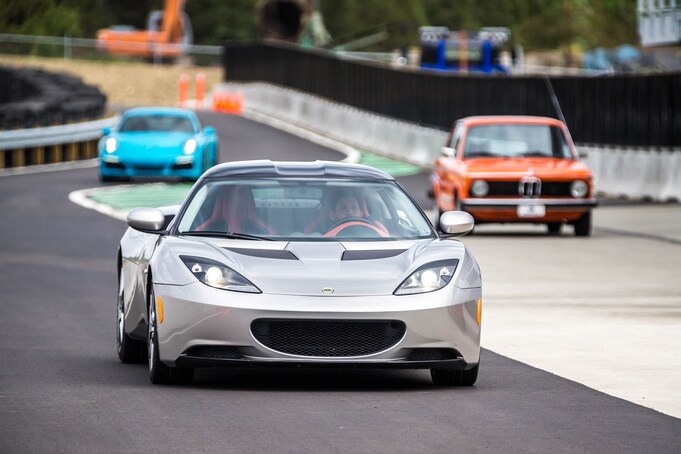 Although the club will offer car transport as well as storage at a monthly charge of roughly $200, members will not be able to build their own residences at the track. Instead they’ll be able to stay at the nearby Villa Eyrie Resort, where they’ll enjoy placid views of the Cowichan Valley as well as discounted rates.
Although it’s small, the track challenges drivers with a satisfying blend of thrilling elevation changes and tight, technical sections. You’ll certainly get your kicks on the roughly 1,000-foot front straight, but a pleasant surprise is how the track doesn’t punish your brakes; the big straight bleeds beautifully into two high-speed uphill right-handers. Fortunately there is plenty of runoff and very few walls along the serpentine course, which makes it approachable for novices but still rewarding for veterans. We sampled a diverse array of cars and found that small, lightweight machines like the Lotus Evora make for endless enjoyment through some of the tougher, lower-speed corners. 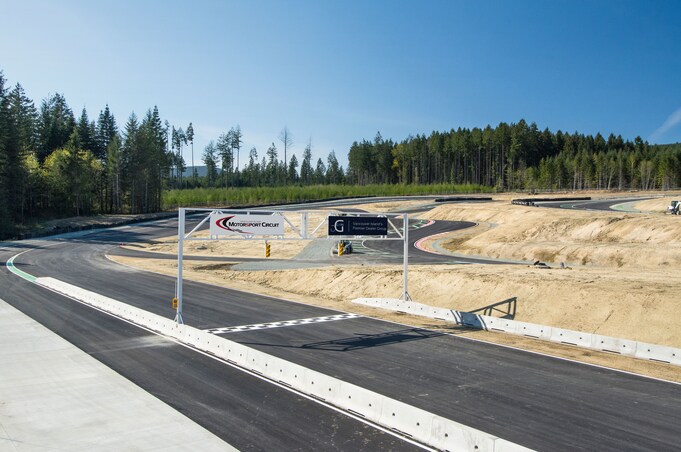 Then again, pro driver Max Papis was having a hell of a time wheeling the Mercedes-AMG GT Saround the circuit like a madman. “This track is miles from boring—nothing like other small circuits better suited for driving schools,” he says. “And who wouldn’t want to come here all the time? The layout, the scale, it’s practical and beautiful without being overly exuberant. I can’t imagine what this place will look like in five years.” 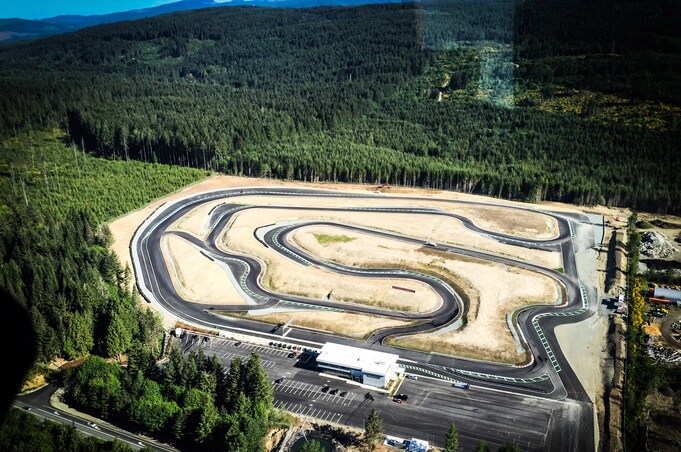